Wednesday 9 May 2018
Written by Admin

Vineyards and cellars doors across the Heathcote Wine Region have a Queen's Birthday weekend packed with activities befitting the ite region's status as the new jewel in Victoria's wine crown.

From special tastings and new releases to entertainment and cuisine, the weekend is a showcase opportunity to connect with the passionate winemakers behind the amazing premium wines being produced in the Heathcote region. Special winemaker dinners are also on offer but be quick to book as these functions are always a sell-out. 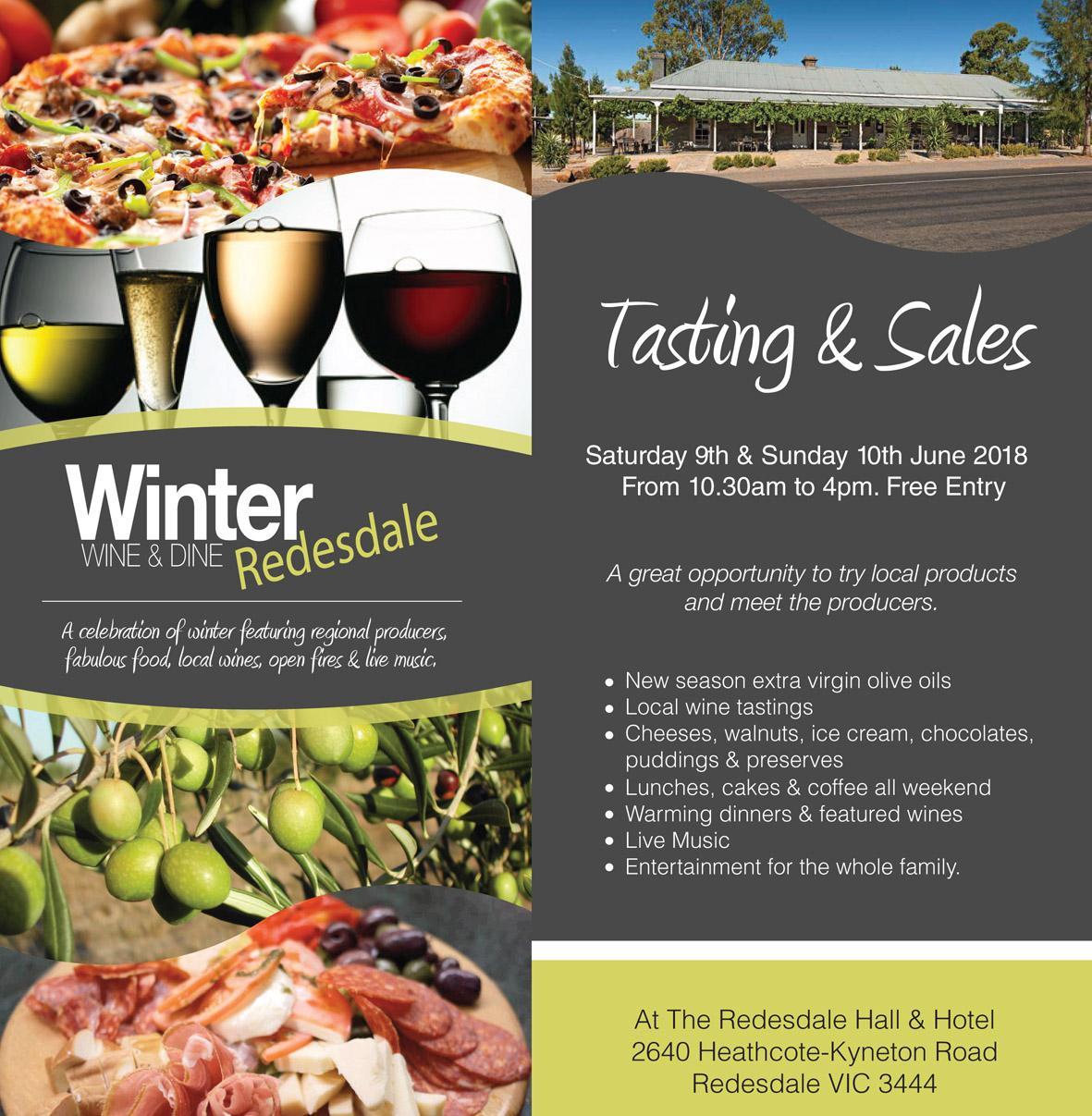 A winter treat in Redesdale

Wednesday 9 May 2018
Written by Admin

Winegrowers from the southern part of the famous Heathcote Wine Region will feature at the Winter Wine and Dine in Redesdale over the Queen's Birthday weekend.

It will be a celebration of winter featuring local producers, fabulous food and wine, open fires and great music. 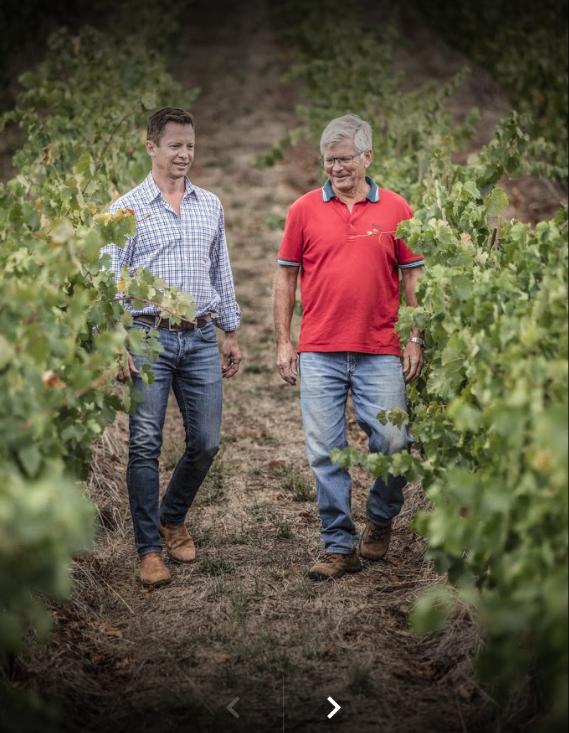 A warm and dry start to the beginning of the year has delivered significantly lower yields than an average harvest in the Heathcote wine growing region.

However, there is a trade off. The quality of the fruit this year will provide significant amounts of flavour for winemakers at Tellurian Wines.

James Halliday wrote at the weekend in The Australian of the techniques used on producing acclaimed Heathcote shiraz by Hanging Rock Winery.

His said: It’s fitting that my tasting notes from Hanging Rock’s 30th anniversary lunch disappeared from my desk (my Bermuda Triangle), but happily they reappeared without explanation.

John Ellis has worn many hats in his career, starting as chief winemaker at the fledgling Rosemount Estate, then flying winemaking stints in Burgundy (’81 and ’82), thereafter a rollercoaster ride at Tisdall Wines, established by Dr Peter Tisdall, who tried to fly too close to the sun.

In 1983 John and his wife Ann (née Tyrrell) decided to strike out on their own, buying and planting a vineyard in the Macedon Ranges, and leasing another in Heathcote. In 1987, the first wines were made: a Macedon Ranges sauvignon blanc, a base wine for Macedon Brut Cuvée, and a Heathcote Shiraz. In 1992 the shiraz vineyard expired due to salinity, but through a stroke of luck John Ellis had become a firm friend of Athol Guy (of The Seekers). Guy bought what became Athol’s Paddock, planted to 8ha of shiraz coming on stream between 1997 and 2000. 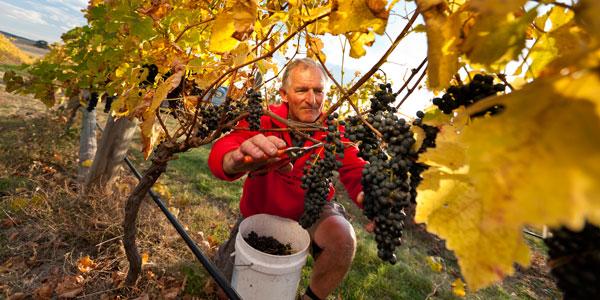 A fresh wave of wines for Heathcote

Victoria's Heathcote is beloved for its shiraz, but other flourishing grape varieties from the region's innovative producers are creating a raft of stellar wines, writes Jeni Port in a new article for James Halliday.

Iron oxide helps give cosmetics their colour. It also gives Heathcote a big advantage when it comes to growing some of the most intensely coloured and flavoured shiraz on the planet. Taking the shape of lumpy little nodules the colour of rust, iron oxide is encrusted in the Victorian region’s red soil – a striking and highly visible feature throughout the area.

A host of metals stick to iron oxide – copper and tin included – breaking up the soil and proving a handy conduit for vine roots to go long and deep into the ground. It’s intense in colour, something the local sheep can appreciate when their fleece turns as red as a Manchester United jersey. Wine drinkers can appreciate it too when they set their eyes on the colour of Heathcote red wines: iridescent to the Nth degree. 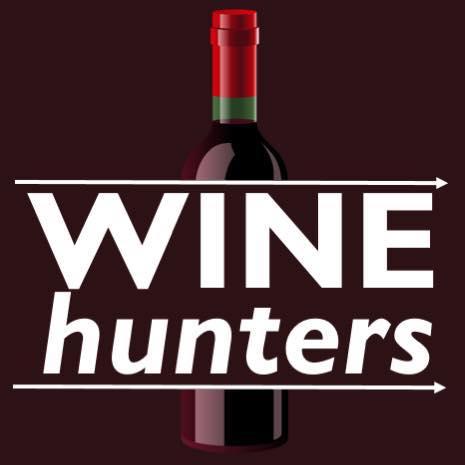 "Winery/ies of the Year" is a mercurial category at best. Different things resonate with different people at different times. To make matters worse, though we got to over 150 wineries in 2017, we missed hundreds more! We are drawing this list of what we loved in wine last year from a limited pool to say the least, says Wine Hunters.
‍‍‍‍‍‍ ‍‍

That caveat aside, following are the wineries we visited and just couldn't get enough of in 2017 (rated on some combination of cellar door, wine tasting experience, and most importantly the wine itself). We highly recommend you visit as many of these as you can in the near future. 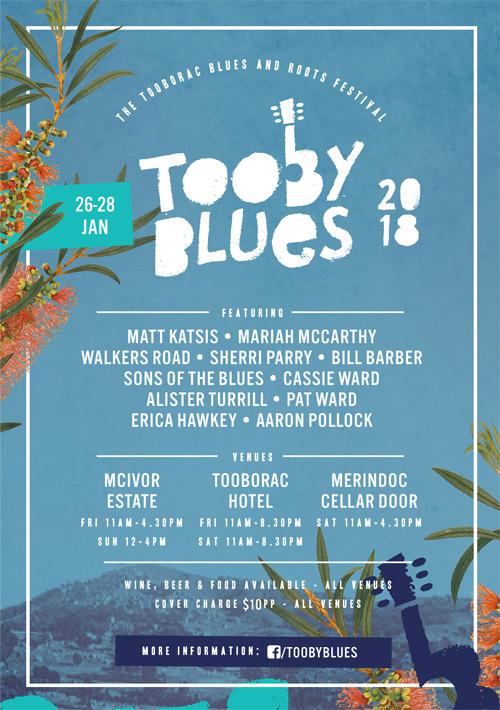 A celebration of the Blues in Tooborac

Merindoc Cellar Door, the Tooborac Hotel and Brewery and McIvor Estate are joining forces to stage the inaugural Tooborac Blues and Roots Festival or “Tooby Blues”in early 2018. Each of the venues is only a short distance from the other which will help create a great village atmosphere during the blues fest in Tooborac.

“Tooby Blues” is being staged over the three days of the Australia Day Weekend 26 to 28 January 2018. It is being run over the three venues and involves eleven acts and 23 separate performances. On the Friday and Saturday multiple venues will be operating giving people a great choice of music venue. The three venues offer a fantastic picturesque setting with the Tooborac Hills as a back drop.

Carmenere Back from Oblivion

Wine Business Magazine discovers that Heathcote is one of the few remaining regions in the world producing carmenere. Here's what they say about the re-discovered variety.

"Ay caramba  noes merlot es carmenere" was the cry that went out around the Chilean wine industry in the mid-1990s when French ampelographer Claude Boursiquot identified that some of Chile's best merlot vines were in fact carmenere vines. This was officially ratified in 1998 and carmenere began its comeback from oblivion. Before then, most Chilean growers used to refer to it as "merlot chilena" because it was somewhat different to "normal" merlot, but they didn't know why.

This ancient native French red variety, which is believed to be distantly related to cabernet sauvignon, had been widespread across the Medoc (Bordeaux) until the outbreak of phylloxera in the 18705. When replanting occurred after the outbreak. carmenere vines were difficult to find and so almost all of the vignerons replaced their carrnenere plots with other easier-to-grow approved varieties So much so that for a long time in the 20th century the variety was thought to be extinct. Today there are only about 20 hectares of carmenere remaining in all of the Medoc. It was one of the varieties approved for use in the area's famous red wines, but now it is almost never used. Incidentally, one of the few chateau still growing and using carmenere is the 5th growth Chateau Clerc Milan in Pauillac. Clerc Milan was the first Bordeaux wine I ever tasted and remains oneof my favourite affordable Bordeaux wines. 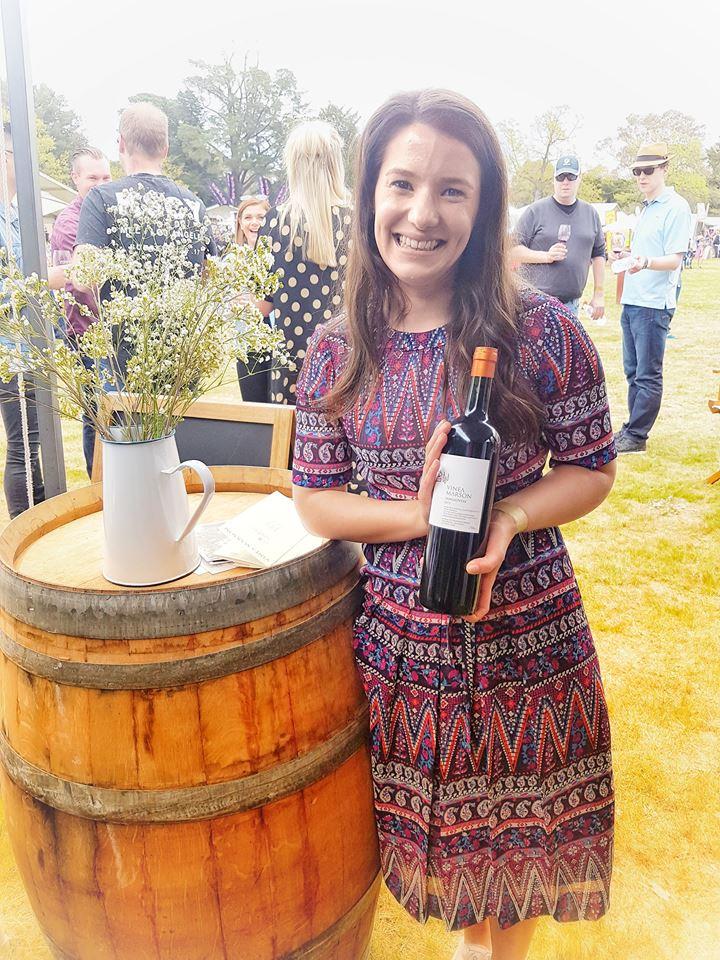 Sian Gard from ABC Central Victoria was one of the thousands of visitors to last weekend's Heathcote Wine and Food Festival. Here's her story about a day exploring the wines and the people who are passionate about making fine Heathcote wines.